Never did I imagine when getting started in “Gathering and Selling” License Plates did I know I would meet so many wonderful people and become such great friends with several of them. You notice I didn’t say “Collecting License Plates”. I got into this gig to sell, sell, sell !!!  I could not figure out why someone was into License Plates to actually “Collect” them.

Dick Marshall of Russiaville IN is absolutely one of those Great Friends. He asked me to look for his Father’s Dealer Plates many years ago. His father was Don Marshall who owned a used car lot and then went on to own a Chevrolet Dealership back in the day.

I wrote down those 2 numbers Dick asked me to look for and year after year we would see each other at Auburn and The Ducktail Run and I didn’t have any of those plates for him. It seemed we were on an impossible quest. Dick figured his Dad destroyed the plates when they expired, meaning they were gone forever.

Then while scouring through the internet one day I couldn’t believe what I was looking at. The 1967 Dealer plate with the number 82M6 meaning plate #6 in the series of his Dad’s dealer number.

The pictures below are the plate I found. Then Dick’s Polaroid Picture taken in late 1966 with a “freshly unloaded from the transporter” Brand New 1967 Chevelle SuperSport (Dick’s Demo Car) with the then Current 1966 Dealer Plate on it. The closeup of the 1966 plate is blurry but hey, it was a Polaroid !!!!  Now to find the older #2055 Plate. 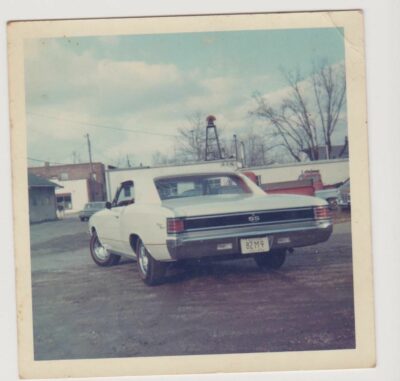 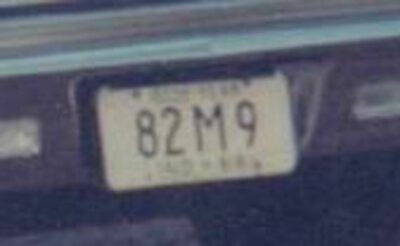